Mitochondrial Relocation of a Common Synthetic Antibiotic: A Non-genotoxic Approach to Cancer Therapy

+ - Up Down Comment Print
Tumor recurrence as a result of therapy-induced nuclear DNA lesions is a major issue in cancer treatment. Currently, only a few examples of potentially non-genotoxic drugs have been reported. Mitochondrial re-localization of ciprofloxacin, one of the most commonly prescribed synthetic antibiotics, is reported here as a new approach. Conjugation of ciprofloxacin to a triphenyl phosphonium group (giving lead Mt-CFX) is used to enhance the concentration of ciprofloxacin in themitochondria of cancer cells. The localization of Mt-CFX to the mitochondria induces oxidative damage to proteins,mtDNA, and lipids. A large bias in favor ofmtDNA damage over nDNA was seen withMt-CFX, contrary to classic cancer chemotherapeutics. Mt-CFX was found to reduce cancer growth in a xenograft mouse model and proved to be well tolerated. Mitochondrial re-localization of antibiotics could emerge as a useful approach to generating anticancer leads that promote cell death via the selective induction of mitochondrially mediated oxidative damage. 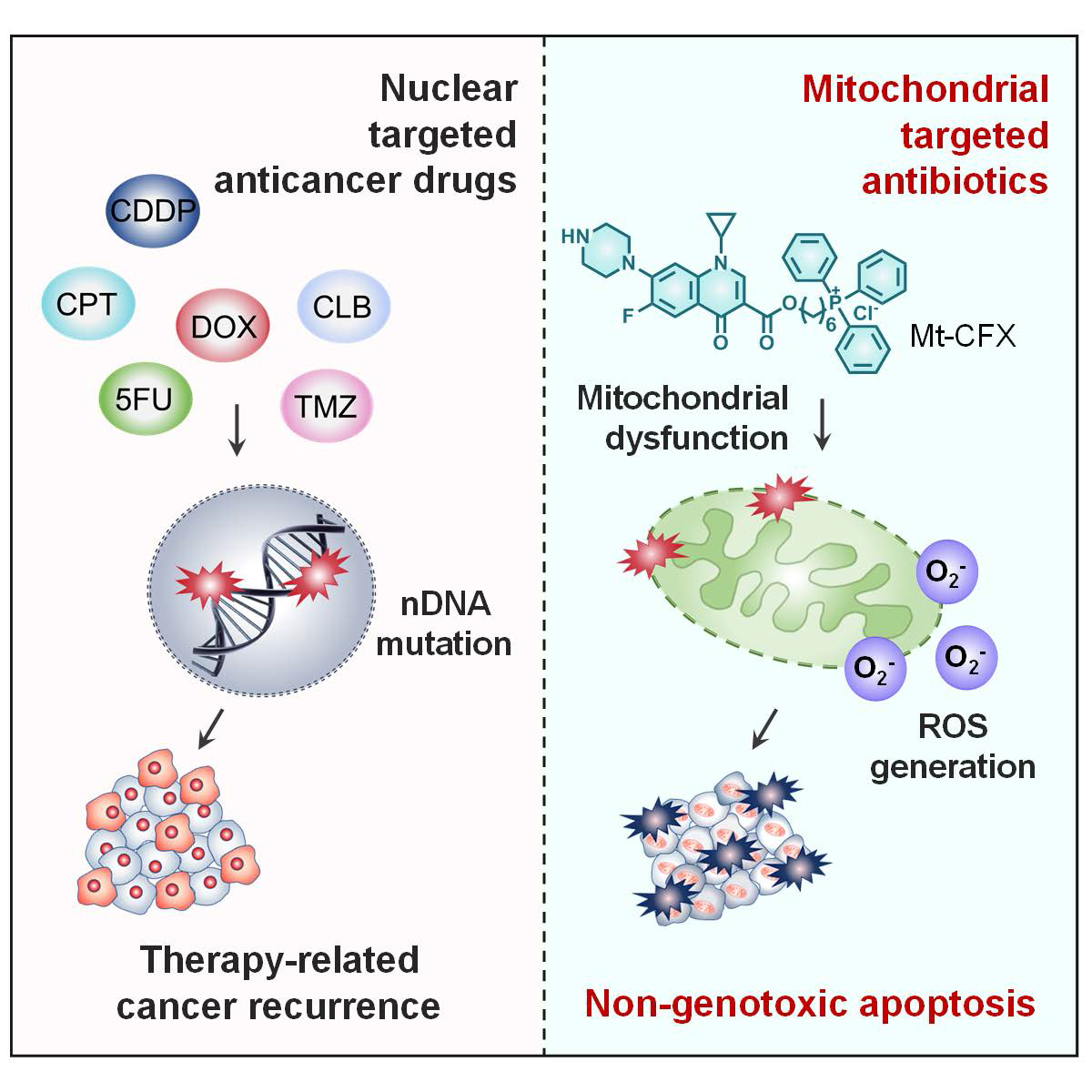 Transformation of Colloidal Quantum Dot: From Intraband Trans... 2020.06.12by 〈

Significantly Improved Morphology and Efficiency of Nonhaloge... Next »

Significantly Improved Morphology and Efficiency of Nonhaloge... 2020.06.11by 〉
Up Down Print
?