Gas phase conformations of intrinsically disordered proteins and their complexes with ligands: Kinetically trapped states during transfer from solution to the gas phase

Flexible structures of intrinsically disordered proteins (IDPs) are crucial for versatile functions in living organisms, which involve interaction with diverse partners. Electrospray ionization ion mobility mass spectrometry (ESI‐IM‐MS) has been widely applied for structural characterization of apo‐state and ligand‐associated IDPs via two‐dimensional separation in the gas phase. Gas‐phase IDP structures have been regarded as kinetically trapped states originated from conformational features in solution. However, an implication of the states remains elusive in the structural characterization of IDPs, because it is unclear what structural property of IDPs is preserved. Recent studies have indicated that the conformational features of IDPs in solution are not fully reproduced in the gas phase. Nevertheless, the molecular interactions captured in the gas phase amplify the structural differences between IDP conformers. Therefore, an IDP conformational change that is not observed in solution is observable in the gas‐phase structures obtained by ESI‐IM‐MS. Herein, we have presented up‐to‐date researches on the key implications of kinetically trapped states in the gas phase with a brief summary of the structural dynamics of IDPs in ESI‐IM‐MS. 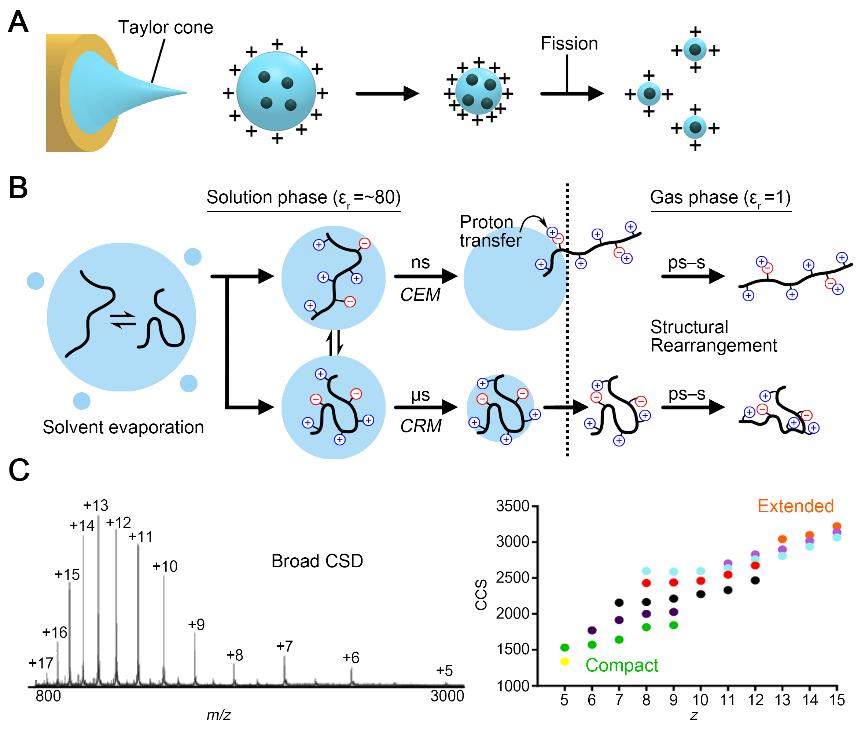