Nature has endowed human beings with many useful functions, by virtue of supramolecular chemistry. As is well-known, nature can self-assemble relatively small molecular precursors into very complicated biomolecules. These supramolecular ensembles are very important for various biological processes and entities such as protein folding, phospholipid membranes, nucleic acid assembly and tertiary structures, ribosomes, and microtubules.1 Supramolecular chemistry has been growing as a research area in recent decades since the discovery of crown ethers, cryptands, and spherands by three outstanding scientists, namely Pedersen,2 Lehn,3 and Cram,4 in the early 1960s; these achievements were subsequently recognized by the awarding of the Nobel prize in 1987. Host−guest interactions, in which two or more complementary molecules are able to recognize each other to form a “programmed” supramolecular ensemble via natural noncovalent interactions are known. Compared with the precursor molecules, such preorganized supramolecular ensembles have unusual optical, magnetic, sensing, and catalytic and biological properties.5 Supramolecular chemistry has been developed as a mature research field in modern science, and it has interfaces with many other disciplines, including chemistry, physics, materials, catalysis, and biology. It is a highly interdisciplinary field that exceeds the conventional boundaries of natural science. Supramolecular chemistry provides a good opportunity for scientists to design new molecular materials with various unusual structures and functions. 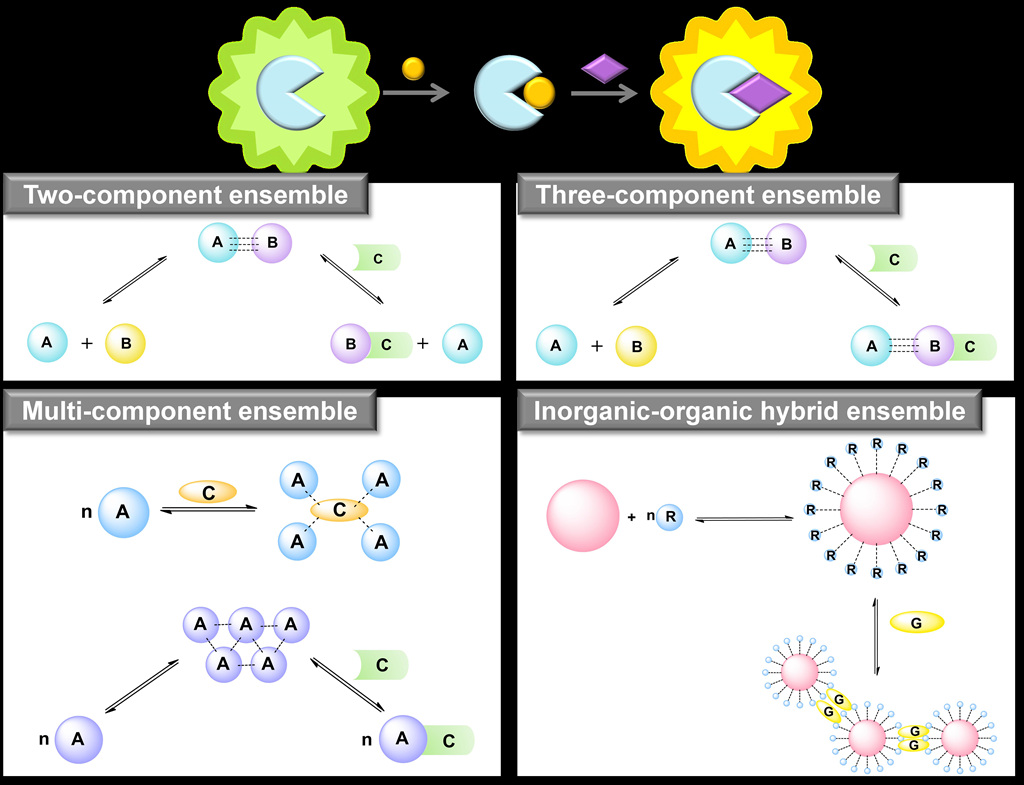