Filling the lowest quantum state of the conduction band (CB) of colloidal nanocrystals with a single electron, which is analogous to the filling the lowest unoccupied molecular orbital (LUMO) in a molecule with a single electron, has attracted much attention due to the possibility of harnessing the electron spin for potential spin-based applications. The quantized energy levels of the artificial atom, in principle, make it possible for a nanocrystal to be filled with an electron if the Fermi-energy level is optimally tuned during the nanocrystal growth. Here, we report the singly occupied quantum state (SOQS) and doubly occupied quantum state (DOQS) of a colloidal nanocrystal in steady state under ambient conditions. The number of electrons occupying the lowest quantum state can be controlled to be zero, one (unpaired) and two (paired) depending on the nanocrystal growth time via changing the stoichiometry of the nanocrystal. Electron paramagnetic resonance spectroscopy (EPR) proved the nanocrystals with single electron to show superparamagnetic behavior, which is a direct evidence of the singly occupied quantum state (SOQS), whereas the doubly occupied quantum state (DOQS) of the two- or zero electron occupied nanocrystals in the 1Se exhibit diamagnetic behavior. In combination with the superconducting quantum interference device measurement (SQUID), it turns out that the SOQS of the HgSe CQDs has superparamagnetic property. The appearance and change of the steady-state mid-IR intraband absorption spectrum reflect the sequential occupation of the 1Se state with electrons. The magnetic property of the colloidal quantum dot, initially determined by the chemical synthesis, can be tuned from diamagnetic to superparamagnetic and vice-versa by varying the number of electrons through post-chemical treatment. The switchable magnetic property will be very useful for further applications such as colloidal nanocrystal based spintronics, nonvolatile memory, infrared optoelectronics, catalyst, imaging and quantum computing. 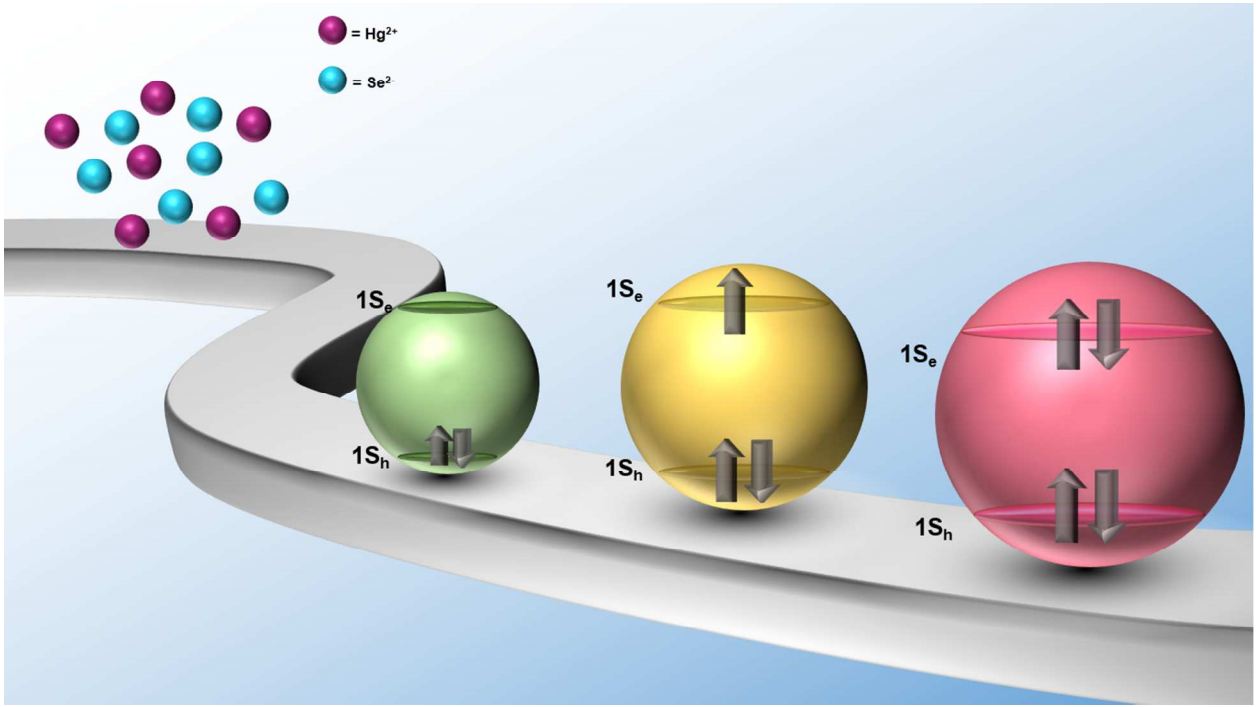