Quantum spectroscopy and imaging with undetected idler photons have been demonstrated by measuring one-photon interference between the corresponding entangled signal fields from two spontaneous parametric down conversion (SPDC) crystals. In this Report, we present a new quantum optical measurement scheme utilizing three SPDC crystals in a cascading arrangement; here, neither the detection of the idler photons which interact with materials of interest nor their conjugate signal photons which do not interact with the sample is required. The coherence of signal beams in a single photon W-type path-entangled state is induced and modulated by indistinguishabilities of the idler beams and crucially the quantum vacuum fields. As a result, the optical properties of materials or objects interacting with the idler beam from the first SPDC crystal can be measured by detecting second-order interference between the signal beams generated by the other two SPDC crystals further down the set-up. This gedankenexperiment illustrates the fundamental importance of vacuum fields in generating an optical tripartite entangled state and thus its crucial role in quantum optical measurements. 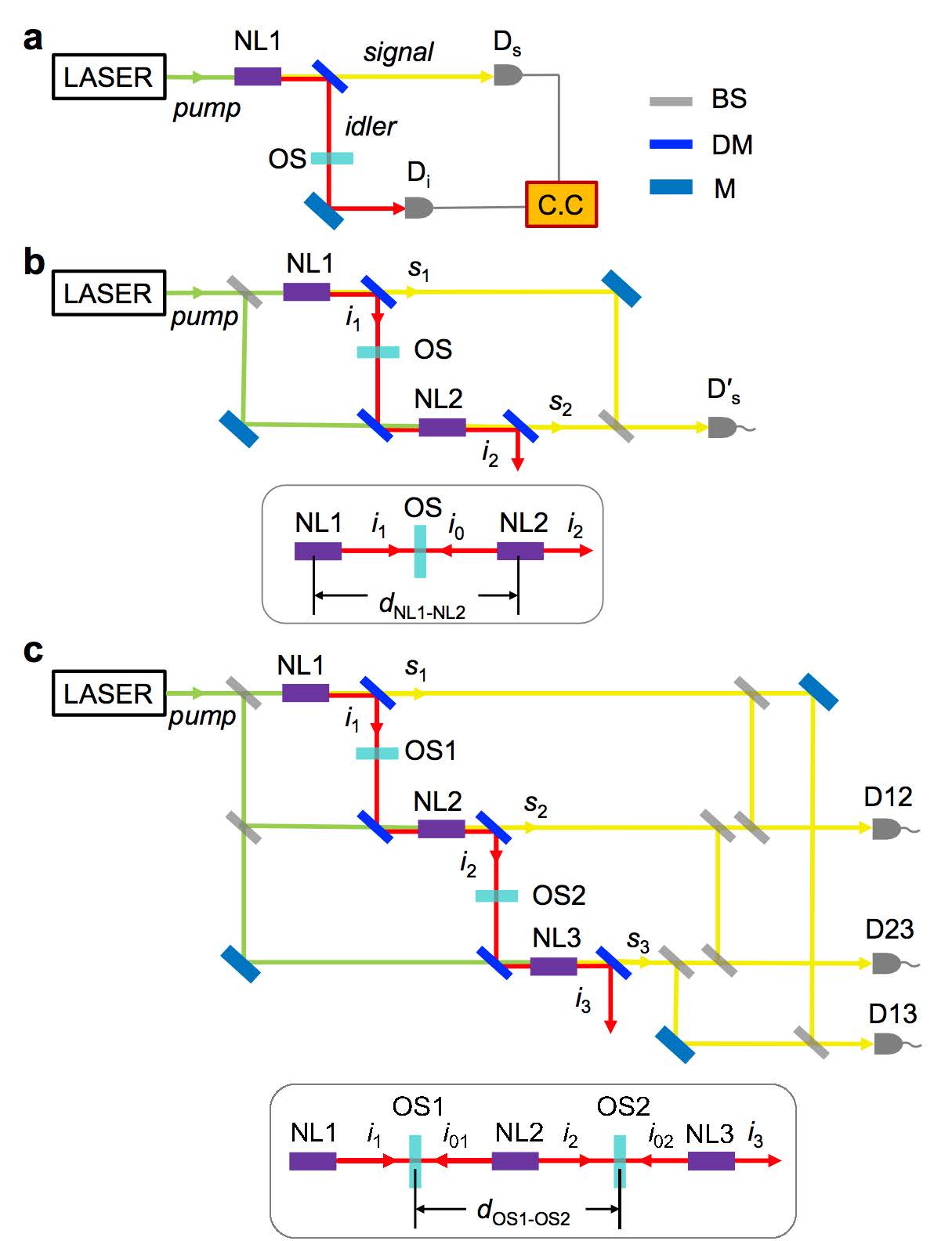